The Public Interest and Accountability Committee (PIAC) has proposed a fixed royalty rate for petroleum revenue to avert ‘the obvious risk’ of exercising discretional abuse by the sector minister.

According to PIAC, the difference between two oil contracts in the country comes largely as a result of discretion that has been assigned to the Sector Minister in terms of negotiations for oil deals. For instance, the minister has the discretion to choose between 5-12.5% for royalties in petroleum contracts.

Even though there is a Model Petroleum Agreement and the Petroleum Exploration and Production Act, Act 919, which provide guidelines as well as directives in fiscal terms underpinning every petroleum agreement, no two oil contracts are the same.

Dr. Steve Manteaw, Chairman of PIAC argues: “That fact itself exposes the minister to corruption, because oil companies that want favourable terms, who want the royalty to be low – the minimum rate of 5% – could decide to bribe the minister; such that in exercising the discretional power, he will peg the royalty to favour the company”.

In an interview with B&FT he said: “The way forward is to abolish the oil royalty range regime; alternatively, the minister must provide open public explanations in terms of how and why he exercised his discretion”. He was speaking on the sidelines of a public forum held at Odomase in the Sunyani West of Brong Ahafo Region. The public engagement was one leg of a joint inspection and monitoring of oil-money funded projects in the region by PIAC and Institute of Financial and Economic Journalists (IFEJ), supported by GIZ.

Possible sources of petroleum revenues to the country are royalties (5-12.5%), surface rentals, corporate tax of 35%, carried and participating interest (15% minimum) as well as other avenues such as bonuses, licencing fees, additional entitlements and the like.

Between 2017 and 2010 when the country started commercial oil production, total petroleum receipts was US$4.009billion – which was realised from the sale of 253,085,873 barrels of crude oil. Ghana recorded the biggest oil revenue of US$978.01million in 2014 and the lowest of US$247.18million in 2016. The 2014 petroleum revenue constituted 10% of total government revenue, while the 2016 oil money represented 3% of government’s total revenue.

Meanwhile, PIAC has raised concerns about some disbursements of oil revenue in the past, particularly to the Ghana Education Trust Fund (GETFund).  In 2016, a total of GH¢83,037,284 was allocated to the GETFund scholarships. The Committee is of the view that it was duplication of funding, once there is a statutory source (VAT) into the Fund and therefore it’s not prudent to channel oil cash into the same Fund. 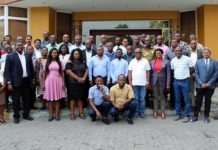 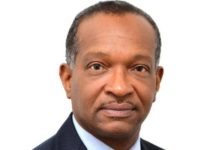 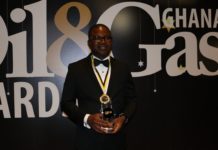 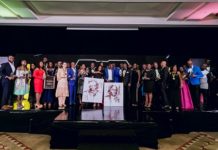 Preference is shifting away from cheques to other digital payments