This was disclosed by Mr Billy James Dega, Director of Programs, NSBE Ghana.

Each year during its annual Convention, NSBE Global awards the Golden Torch in a closing extravaganza to honor the highest academic achievers. The convention began on March 21st and ended yesterday March 25th during which Dr. Kaufmann was honored at the closing ceremony.

“The award is given to a leader and a strong supporter of NSBE international who demonstrates excellence in support of academics on an international level and exhibits commitment to the Science, Technology, Engineering, and Math (STEM) fields.” Billy James Dega said.

Dr. Kaufmann commented about the award:

“I feel incredibly honoured. It is also gratifying to know that the activities in which I have been involved are appreciated and beneficial to so many people. I am grateful for the opportunity to make an impact,” she said.

“This award signifies international recognition of my work. As I go round Ghana interacting with students at different levels and their teachers, I will showcase the award as confirmation that it is possible for our people to also be beacons of excellence, brightening their own corner, but the light they generate can transcend far beyond their imaginations. It is an encouragement to strive for excellence wherever one finds himself or herself.”

Dr. Kaufmann, whose work was recognised by the National Society of Black Engineers worldwide, is the first female recipient of the International Leadership Award. However, this is not the first time a Ghanaian has received recognition from the worldwide fraternity of engineers.

In 2013, Prof. Samuel Yeboah Mensah, the then Dean of the School of Physical Sciences, University of Cape Coast, was adjudged the first male African recipient of the distinguished Academic Excellence Leadership Award for his massive contribution to science especially in the area of engineering by the National Society of Black Engineers at the 39th Convention in Indiana.

In 2014, Ing. Prof. Innocent Kofi Ampadu; Immediate past Provost, College of Engineering, Kwame Nkrumah University of Science and Technology (KNUST) was the 2nd African to receive that same award.

After her graduate studies, she received her postdoctoral training at Rutgers University before joining the University of Ghana in 2001.

Dr. Elsie Effah Kaufmann’s teaching and research focus on Tissue Engineering, Biomaterials and Application of Biomedical Engineering concepts to the solution of problems in the Ghanaian context.  She was the recipient of the University of Ghana’s Best Teacher Award for the Sciences in 2009.  She is also keenly interested in Science education at all levels and has been the Host/ Quiz Mistress of the Ghana National Science & Mathematics Quiz TV Program since 2006.  Dr. Effah Kaufmann is the 2017 Impact Africa Summit Laureate for Education in Ghana.  The award recognizes her “exceptional and continuous contribution to science education in Ghana and for being a role model and inspiration to many young girls”.

Dr. Effah Kaufmann was a member of the Planning Committee set up by the Academic Board of the University of Ghana to make proposals for establishing the Faculty of Engineering Sciences and was also a member of the three-person Implementation Committee set up by the Vice Chancellor following the submission and adoption of the Planning Committee’s report.  She was appointed as the first Head of the Department of Biomedical Engineering in 2006. During their first conference in 2017, she was elected as the President of the Ghana Society of Biomedical Engineers (GBSE).

Dr. Kaufmann joined NSBE in 1988 as a freshman at the University of Pennsylvania and eventually become the Patron of NSBE University of Ghana, Legon in 2004. According to her, she feels gratified that her work is being appreciated and beneficial to so many people. For her, engineering provided the opportunity to solve real-life problems in practical and creative ways using technical knowledge. The challenge of making a difference in the lives of people with whom she interacts was what motivated into a field less ventured by most women in Ghana.

When probed about her first reaction to the nomination, she replied that she was completely surprised! “I was working in my office when Mr. Billy James Dega, Director of Programs, NSBE Ghana showed up to tell me that there is an award NSBE-Ghana wanted to nominate me for. I remember thanking him for considering me after which I asked many questions about the award and deadlines.  He probably regretted coming to my office with the news after the barrage of questions from me. I feel incredibly honored. I am grateful for the opportunity to make an impact. Knowing that what I do makes a positive impact in the lives of people motivates me to work harder and to do even more.”

The National Society of Black Engineers (NSBE) was founded in 1975. It is arguably the largest student-run organizations in the world, with core activities centered on improving the recruitment and retention of Black and other minority engineers, in both academia and industry.

Ghana was the first among other African countries to establish a NSBE chapter in August 1998 and has provided opportunities for personal and professional success of its members and since then remains unmatched by any other organization to date.

NSBE’S mission is to increase the number of culturally responsible Black engineers who excel academically, succeed professionally, and positively impact the community. The program was aimed at promoting women and girls in science, technology and engineering. 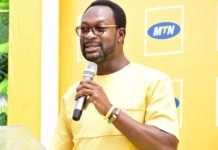 Council of State urged to deepen collaboration with Parliament