Digg
MTN Ghana has given away four brand new Hyundai vehicles to the first set of winners in the ‘MTN 4G Taking Over’ promotion, which is currently running.
In all, about 28 customers received various prices in the promotion. Eight customers received GH¢5,000 each and another eight got GH¢2,000 each while others also won brand new iPhone 8 and Samsung S8 smartphones. Another eight customers also took home 4G Y5 handsets.
The presentation was done at the MTN head office in Accra.
According to the Senior Specialist in charge of Consumers at MTN, Maxwell Arthur, the promotion aims to recognise loyal customers of the network who are on the 4G network.
He said winners are determined by how often they use their airtime to call, text and browse, as well as their regular use of MTN Mobile Money.
“The MTN 4G Taking Over promotion is simply a usage-based promotion where customers accrue points based on an all network usage.
“So for every pesewa a customer spends on the network, MTN rewards you with a point. There is no need for any subscription,” he stated.
The MTN ‘4G Taking Over Promo’ is a five-month-long promotion, which started in January 2018 and is expected to end in May. 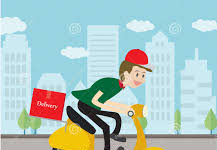 When to ask for debt and types of debt to take...

QNET organises expo in Kumasi as direct selling becomes one of...