FBNBank has announced winners in the third mini-draw of its ‘FBNBank Save and Win Promo’ to appreciate their clients and to deepen the clarion call to Ghanaians to develop a savings culture.

The winners of the mini-draw’s third edition will receive their prizes at the grand-draw next month; however, ten lucky customers of the second edition – who were announced a month ago as having met the terms and conditions of the promo – were awarded prizes including mobile phones and airtime.

In an interview, Managing Director and CEO-Gbenga Odeyemi, noted that at the promo’s end on October 31 there will be a grand-draw to reward another set of 10 customers. Winners will be announced at the end of every month until end of the year 2018.

He also said that the promo encourages a savings culture in Ghana, and that developing a savings culture secures an individual’s future. “We would like our customers to understand that savings is the future; with it, you earn interest on your funds deposited. It is probably one of the safest ways you can make an investment without any risk involved. It allows you easy access to your deposited money whenever you require it.”

He noted that the ‘FBNBank Save and Win’ promo serves as another opportunity for the bank to express gratitude to its existing customers and new ones who will be signing up for banking services.

The CEO added that the promotion, so far, has contributed to broadening the bank’s customer base by connecting the unbanked population through excellent products and services which meet their financial needs.

To participate in the FBNBank Save and Win Promo, customers need to make a deposit of GH¢200 and/or multiples thereof into an existing or new individual savings/current account. Each GH¢200 deposit earns a customer one point.

Mr. Odeyemi said that all customers who at the start of the promo have a minimum balance of GH¢1,000 in their accounts will get one point for every GH¢1,000 as ‘advance points’ up to a maximum of 10 points.

The advance points will be earned only on incremental basis for as long as a customer’s deposit remains in the account during the promotion period. To participate in the monthly draws or the grand-draw, customers need to maintain a minimum of GH¢1,000 in their individual current/savings accounts. 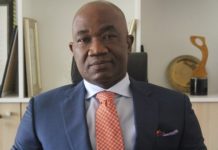 The extra skills make the difference

How can we import so much and expect a strong cedi?...