The Central Bank is not to blame for the woes of the clients of gold investment company, Menzgold, Joe Jackson, Director of Business Operations of Dalex Finance, has said. “Investors have been warned repeatedly in the public domain by multiple agencies, but they would not heed the advice,” Mr. Jackson noted.

He made these remarks on Saturday when he joined other panelists on TV3’ news analysis show, New Day, to lend new perspectives to issues that made the news over the week.

According to him, the Security and Exchange Commission (SEC) had to step in because Menzgold kept insisting its operation was out of the jurisdiction of the Bank of Ghana (BOG), even when everything – including the returns being paid- smacked of a Ponzi scheme.

“Now they have unilaterally decided not to pay any returns,that they will pay the principal after some time; it is scary. I am saying to everyone who has issues with the firm to take it to court for redress,” he stressed.

On the subject of vigilantism, Mr. Jackson was quick to add his voice to the deafening call for the phenomenon to be tackled head-on and disbanded without further delay. “Vigilantism is a recipe for chaos and disaster and the two leading political parties must be condemned in equal measure for the stance they have taken on the issue,” he said.

On free SHS
Commenting on the Free Senior High School policy, Mr. Jackson noted that the concept is good but implementation has nothing to do with accepting it as a good policy. “The number of students we have now is the surest evidence that there are people coming to school now who wouldn’t have had the chance. But the fact is that government shouldn’t be absolving boarding fees.”

He advocated for what he termed as ‘deboardinisation’ of schools.  “Why is government paying boarding fees because I chose to take my ward to a boarding school? He quizzed and added that “parents should be responsible for where their children stay and go to school.”

He lauded the free feeding concept and added that a more conscious effort must equally be made to build more schools in the rural and peri-urban areas where they are most needed. 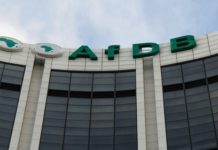 5 Reasons your potential employer/business partner/investor will not get in touch...