Dr. Daniel Osei Ofosu, a Research Scientist at the Ghana Atomic Energy Commission (GAEC), has said there is a need for innovations in technology to deal with the mounting challenges in agriculture.
He mentioned that the world is currently facing the threat of food insecurity, and it is important that efforts are doubled to increase food production through well-researched and safe application of biotechnology.

“Ghanaians need to embrace the use of biotechnology in agricultural production to ensure increased crop yields to secure the country’s food basket,” he added.

He explained that biotechnology is a means of enhancing food quality, safety and production, although the agricultural sector in sub-Saharan Africa is besieged with some numerous challenges.

He mentioned the adoption of Genetically Modified (GMO) food crops, as an effective biotechnology tool in agriculture, to improved crop yield and to ensure insect-resistance among others.

According to him, GMO seeds are produced through the laboratory manipulation of seeds to introduce desired characteristics from other living organisms into them.

“Crops produced using the GMO technology are said to be safer than those produced using conventional plant-breeding procedures since the past ones go through more rigorous tests,” he added.

Dr. Ofosu was speaking at a training programme organised for some selected Journalists in the Western Region at Takoradi on Biotechnology.

The training, organised by the Ghana chapter of the Open Forum for Agricultural Biotechnology (OFAB) was on the theme ‘Exemplary Journalism, Credible Science Reporting and better Public Understanding of Science, Technology and Innovation’.

Dr. Ofosu pointed out that biotechnology has led to major advancements in some key areas, including industry, health and the environment in the developed world.

He was hopeful that ongoing research on improved varieties of crops will be embraced when concluded, to enhance food production for local consumption and for export as well as help to reduce poverty through job-creation.

She noted that journalists will be contributing to growth of the economy and the country if they devote much of their time and space to advocating the challenges faced by farmers, particularly in the remote areas. 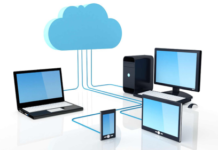 The future is cloud accounting

Professionals in lockdown: How to set up a good and safe workplace and ICT provisions at home

Barclays breaks GH¢500m profit mark …ahead of rebranding to Absa