The Kintampo Waterfalls at Kintampo in the Brong Ahafo Region has been re-opened to tourists after it was shut down in March 2017 for rehabilitation work.

The tourism site was closed to the general public visit in March 2017 for a safety audit and rehabilitation. This became necessary after a windstorm killed 17 people and injured several others at the facility. Majority of the victims were students of the Wenchi Methodist Senior High School.

The Kintampo Waterfalls has now received massive facelift and value addition. Existing structures have been renovated while new facilities have been constructed; they include a friendlier staircase, infirmary, a place of convenience, pavilions, and changing rooms among other. All other elements like trees and rocks that were posing threats have also been taken off.

At the official re-opening ceremony, the Vice President, Dr. Mahamudu Bawumia underscored the importance tourism to the development of the economy and pledged government’s commitment to transforming the industry. He described the Kintampo Waterfalls as a precious gift, warranting proper management to bequeath Kintampo and Ghana as whole the befitting benefits.

“Management of tourism destinations is shared responsibility; we should dedicate ourselves to looking after the day-to-day running of the Waterfalls. This underpins the need for a Memorandum of Understanding signed by the Municipal Assembly, Tourism Ministry and Chiefs,” he stated.

On behalf of the government, the Vice President paid a glowing tribute to all and sundry during the period of the disaster and subsequently supported the course of rehabilitation at the Kintampo Waterfalls, adding: “Cooperation is a key catalyst to advance development as in the case of refurbishing this tourists’ site.”

The Minister for Tourism, Culture and Creative Arts, Mrs. Catharine Abelema Afeku, said developments at the Kintampo Waterfalls will be the benchmark for all other natural tourism destinations in the country, indicating that the Ministry will prioritise safety and standards at all sittes to help reposition Ghana of the global tourism map.

He said though the closure of the Kintampo Waterfalls really cost revenue lost, the long-term benefit after rehabilitation will be enormous. It is estimated that over 30,000 people visit the Kintampo Waterfall every year, making it one of the preferred tourism destination in the Brong Ahafo region and the country at large.

The renovation works at the Kintampo Waterfalls was done by the 48 Engineers Regiment of the Ghana Armed Forces. The Tourism Minister commended the solders for their professionalism and dedication in making the project as success. Dignitaries at the reopening ceremony included Ministers, MPs, and Traditional Leaders. 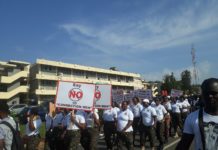 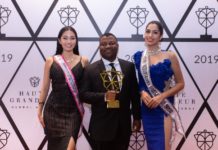 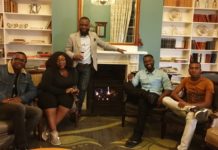 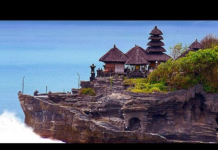 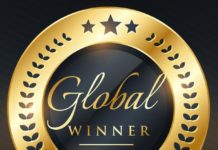 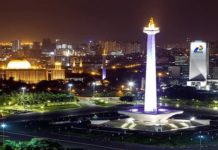 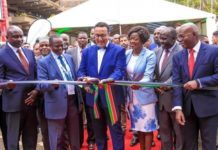 Kennedy Agyapong cited for contempt allegations …as he is referred to...

GNCCI President picks up Man of the Year award