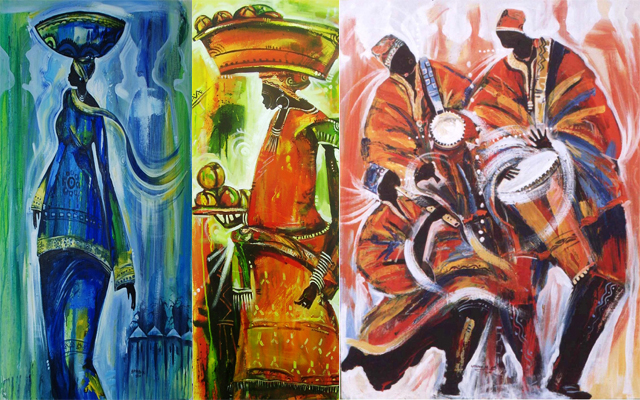 The COVID-19 crisis hits hard at arts, culture, and the creative economy.

This study estimates the effects of the COVID-19 crisis on the creative economy, which is comprised of industries such as film, advertising, and fashion as well as creative occupations such as musicians, artists, performers, and designers.

We estimate losses in sales of goods and services, employment, and earnings for creative industries and creative occupations at the national, state, and metropolitan levels over the period of April 1 through July 31, 2020.

Based on our creative-industry analysis, we estimate losses of 2.7 million jobs and more than US$150 billion in sales of goods and services for creative industries nationwide, representing nearly a third of all jobs in those industries and 9% of annual sales.

The fine and performing arts industries will be hit hardest, suffering estimated losses of almost 1.4 million jobs and US$42.5 billion in sales.

These estimated losses represent 50% of all jobs in those industries and more than a quarter of all lost sales nationwide.

These losses represent 30% of all creative occupations and 15% of total average monthly wages. Again, creative occupations in the fine and performing arts—which include the visual arts, music, theater, and dance—will be disproportionally affected, representing roughly a third of wage employment losses.

While all regions, states, and metropolitan areas of the country will be seriously impacted, the effects of the COVID-19 crisis will hit some places harder than others.

The South is estimated to suffer the most losses in employment for both the creative industries and creative occupations, followed by the West and the Northeast, respectively.

The West and the Northeast will be hit hardest in terms of estimated losses of sales revenues for the creative industries.

Of the 50 states, California will be hit hardest in terms of absolute losses for creative industries and occupations, followed by New York and Texas. But these are all large states; when we look at the share of losses, the biggest losses occur in smaller states, including Alaska, Nevada, New Mexico, Louisiana, and Hawaii.

The 53 metropolitan areas with populations over 1 million are estimated to account for more than three-quarters (80%) of total estimated losses in sales and two-thirds (68%) of all estimated job losses in creative industries across the United States. New York and Los Angeles will suffer the worst absolute losses, but smaller metro areas such as Las Vegas, Nashville, Tenn., New Orleans, Orlando, Fla., Memphis, Tenn., Baltimore, Jacksonville, Fla., Tucson, Ariz., and Austin, Texas will suffer larger losses in percentage terms.

The creative economy is one of the sectors most at risk from the COVID-19 crisis. Arts, culture, and creativity are one of three key sectors (along with science and technology as well as business and management) that drive regional economies. Any lasting damage to the creative sector will drastically undercut our culture, well-being, and quality of life.

Small, stop-gap measures will not undo the damage; a substantial and sustained national creative-economy recovery strategy is required.

This strategy must be bottom-up, but supported across the board and led by local public-private partnerships between municipal governments, arts and cultural organizations, economic development and community groups, philanthropy, and the private sector, with support from federal and state levels of government, national philanthropy, and large corporations.

In addition to financial support, technical support is also needed (especially for smaller organizations) on how to conform with health and safety requirements as well as how to adapt their business models in light of a protracted period of restrictions on live performances.

With reduced demand for large cultural events as a result of social distancing, there is an opportunity for communities to shift to locally sourced culture. Communities can develop strategies to hire local creatives and create online portals and platforms to allow residents and businesses to hire local artists, musicians, and performers for smaller-scale, local events.

Ben Brown’s thoughts…COVID-19 and our Mental Health – are we prepared?

Coronavirus: Why lockdowns may not be the answer in Africa