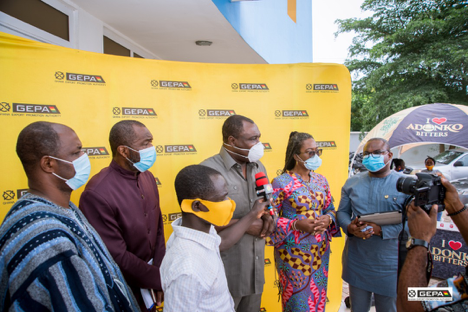 The country’s Non-Traditional Exports (NTEs) have yielded US$2.9 billion in revenue for the year 2019, a report by the Ghana Export Promotion Authority (GEPA) has shown.

The report, which was launched at GEPA’s newly opened Ashanti zonal office in Danyame, Kumasi, showed the NTEs grew 3.1 percent over the 2018 revenue of US$2.8 billion. However, national export grew by 8.5 percent over 2018 compared to a slower rate in NTEs for the same period.

Highlights of the 2019 report presented by Deputy Chief Executive Officer in charge of Operations & Finance at GEPA, Samuel Dentu, also showed that the top ten products that contributed 57 percent of NTEs earnings were in the manufacturing sector.

Processed and semi-processed products, particularly cocoa products, were the main drivers of the increased earnings contributing over US$800 million.

The manufacturing sector with products like cocoa cake, cocoa butter, cocoa paste, canned tuna, articles of plastics, iron and steel products, continues to be the highest contributor improving its growth rate by 11.15 percent compared to 2018.

The agriculture sector contributed US$430 million in 2019 as against 2018 earnings of US$591 million. Cashew was affected mainly by its low demand at the beginning of the season, the report said.

The 2019 NTEs report also highlighted an interesting growth of Oil palm products of more than US$112 million representing more than 5,000 percent over the 2018 figures. This growth was attributed to increased markets in the sub-region and an increased utilization of Ecowas Trade Liberalisation Scheme.

Another area that the Ghana Export Promotion Authority says it will attach a keen focus to is the Services Export as it drives in lots of foreign exchange into the country. This will be in the areas of higher education, medical, information technology and IT-enabled services and professional services to the sub region and Africa as a whole.

CEO of GEPA, Dr. Afua Asabea Asare, indicated that access to reliable data on international trade flows such as the 2019 Report was vital in making informed decisions.

“As part of our ten-year strategy, we will be processing more cashew. Once we grow more, we will process it because we understand the value of the cashew business. We don’t want to sell the beans raw,” he said.

Board Chairman of GEPA, Sandy Osei-Agyeman also encouraged Ghanaians to adapt ‘the multiplier effect’ where every Ghanaian judiciously consumes Made in Ghana products.

“Just as the Jews, Lebanese, the Indians, love to buy from each other, we in Ghana should support what we do here by buying from one another. We have to consume what we make here and we can export the rest so that we keep the money in Ghana,” he said.

SAR-COV-2: the disease may have been with us much earlier than we think

It can be: Realising the Kasapreko dream