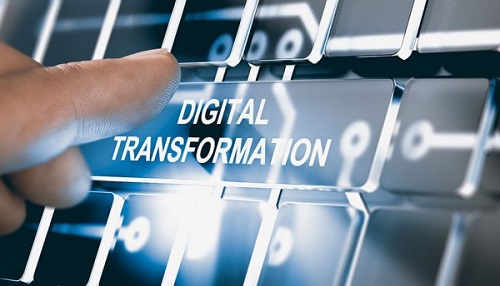 We all thought that cosmetics is meant to be experienced with regard to physical touch and smell but digitization has usurped that completely.

AVON, a company that paved the way in door to door selling in cosmetics has been bought. The selling strategy adopted was so effective and relevant to its inception but it was caught up in the rise of what is now termed ‘The Social Media’.

Selling is the activity of making products and services available so that people buy them.

The activities of selling must now focus on digitization more than ever. Its importance cannot be over emphasized in this era.

Natura, the Brazilian cosmetics company that owns The Body Shop has agreed to acquire Avon Products in all stock deal that values the US-listed group at more than $2 billion, the companies said late on Wednesday

Avon was founded in 1886, by David H. McConnel. As an unsuccessful book salesman, he had concocted a rose scented perfume as “free gift” to encourage people to buy his books.

The perfume was so popular, McConnell decided to abandon the book business and start a perfume company instead. In 1897, McConnell built the California Perfume company’s first factory in Suffern, New York, which was conveniently located alongside rail road tracks for easy access to ship his products.

In 1937, his son took over the family business. The company changed its name to AVON in 1939 in honour of Shakespeare hometown, Stratford-on-Avon.

Avons direct-marketing system was developed by Mrs. P.F.E. Albee in 1886. It was the first of its kind.

As Mrs. Albee sold perfumes door-to door, she recruited a team of saleswomen. Direct marketing offered women a chance to work outside the home in an era when they had few opportunities to do so.

The company’s first catalog appeared in 1896 with no illustrations.  The first full colour catalog was issued in 1905.

The company pioneered the direct selling model in cosmetics- embodied by its doorstep Avon Lady sellers. But it has lost market share to savvier competitors such as LVMH-owned Sephora, Estee Lauder and L’Oreal as the rise of social media disrupted the cosmetics business.

Cosmetic brands have quickly moved from a product based model to an experience based model. it is no longer just about the product. Consumers are looking for a fully interactive experience with their cosmetics brands becoming part of their lifestyle.

So big brands are responding to this for example L’Oreal now allocates 30% of its media spend to digital channels.

Whether you agree or not, you must find a way to digitize a whole or part of your business that enable sales as never before otherwise you will be bought.

Emirates helps shine a spotlight on the issue of human trafficking

Editorial: Cheating cocoa farmers who toil for the economy is sad