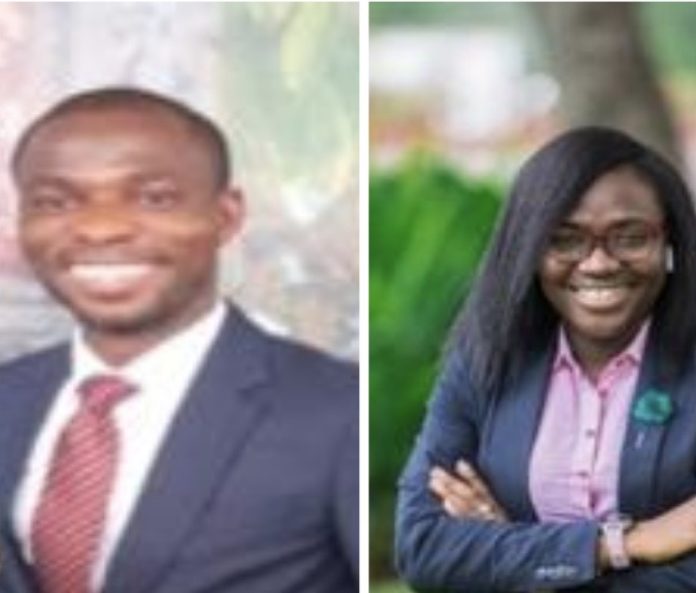 The perennial budget deficit is a common financing challenge that Ghana faces as a result of the annual shortfalls in domestic revenue mobilisation. Based on the recent mid-year budget review, the overall fiscal deficit stood at 6.3% of GDP and projected at 11.4% of GDP at the year end.

Confronted with such a dilemma, government has limited options for financing the deficit gap through borrowing on the domestic market, printing of currencies, using foreign reserves, external borrowing on the international capital market among others. However, each of the above means of financing is fraught with challenges.

Domestic borrowing is usually inadequate to bridge the budget deficit, partly due to the under-developed nature of our bond market as well as a low domestic investor base. Printing of currencies also has the tendency to increase money supply with associated repercussions like fuelling inflationary tendencies in the economy.

Research has shown that, external financing is not feasible during periods of economic and financial crisis. Recently, the World Bank Group reported the COVID-19 crisis is likely to have an enduring effect on investor confidence, impeding the abilities of developing economies like Ghana to access the international capital market.

Concept and Rationale for Diaspora bonds

Diaspora bonds are debt instruments issued by a country targetted exclusively at their citizens living in the overseas diaspora. Diaspora citizens, despite their absence from the home country, continue to maintain strong financial ties as a result of regular remittances. However, several studies did not find positive effects of remittance on development and economic growth – especially when those remittances are spent on consumption that increases financial outflows (Abdih et al 2008).

This development, coupled with the high borrowing cost on the international capital market, propelled nations to structure alternative financing instruments – which gave rise to the concept of diaspora bonds. Diaspora bonds allow citizens of the issuing countries living in the diaspora to invest part of their accumulated wealth in their homeland. From the issuing nation’s perspective, diaspora bonds have proven to be more stable source of funding and are likely to be demanded in both good and bad times as they thrive on the patriotism and commitment of the diaspora citizens to promote the economic development of their home country.

Historically, Israel and India are reputed as being the most successful diaspora bonds issuers. Dating back to 1951, Israel has been issuing diaspora bonds annually to meet development-related issues. Unlike Israel, India has issued diaspora bonds occasionally in 1991, 1998, 2000 and beyond – mostly to support its balance of payments. Nigeria also successfully tapped into the diaspora bond market when its maiden diaspora bonds issued in 2017 was oversubscribed by 130%. Ghana’s Golden Jubilee Savings Bond in 2007 – targetted at both Ghanaians living in Ghana and those living abroad to attract infrastructure finance – proved unsuccessful with 60% under-subscription.

The huge remittance inflow from the diaspora is considered a useful proxy for diaspora bond issuance. Based on research studies, remittance flows to developing countries proved to be resilient during the global financial crisis, falling by 5.5% in 2009 and rebounding sharply in 2010. Data from the World Bank on sub-Saharan Africa indicates that Nigeria, with a substantial diaspora across the world, was the largest recipient of remittance flows with US$23.8billion in 2019 followed by Ghana (US$3.5billion) and Kenya (US$2.8billion). The graph below shows remittance flows to selected sub-Saharan Africa countries in 2019.

Data Sourced from the World Bank

Although an investment decision is based on the comparison of expected financial earnings, for diaspora investments the expected social and emotional returns are crucial. From a survey undertaken by the Commonwealth Secretariat between October 2017 and March 2018, which focused mainly on diaspora communities in the UK from six Commonwealth countries – namely Bangladesh, Fiji, Ghana, Jamaica, Kenya and Nigeria – there was empirical evidence suggesting that financial connections between diaspora members and their countries are extremely common; and both quantitative and qualitative findings suggested that diaspora members feel a strong connection to their countries, and hence are interested not only in personal profit but also in contributing to the social and economic development of their country – a sense of patriotic duty and fulfillment.

The patriotic offering made by these diasporas are fuelled by the underlying future benefits to be derived from a well-developed economy when they relocate from the diaspora to their home countries for retirement and subsequent resettlement. Investors are also interested in diaspora bonds because the wealth they contribute will be used in the execution of government projects; support infrastructural development; provide affordable healthcare and education; and also create jobs, which can be reckoned as a discharge of duty toward the less privileged in society.

Lastly, the knowledge that these bonds are channeled toward sustaining economic growth that in turn creates a stable and viable economic environment, in which businesses can thrive, is always a win-win situation for investors who mostly would already have established businesses in their home countries.

Diaspora Bonds are issued when conventional external debt cannot be issued on the international debt market, or only at very high interest rates. The basic source of sovereign revenue is taxation. If a country can generate sufficient tax revenue through widening the tax base and efficient tax administration, it will prefer this kind of funding – as with this source there is no need to repay the funds.

As has been already established in the introduction, a pandemic such as the world is currently facing distorts markets, lowers investors’ confidence and tends to bring meaning to the adage “each one for himself, God for us all”. And this is generally seen in the activities of some credit rating companies, such as S&P Global – which has consistently without fail revised the ratings for most developing economies in the emerging markets, painfully, in line with the bleak economic outlook.

In such times when an issuing country does not have credibility on the international capital market or is unable to pay interest appropriate to its credit rating (if existent, anyway) due to deteriorating market sentiment, it relies on the patriotic discount offered by the buying diasporas who are only moved by pure altruism. There is no pure financial consideration; and as such sovereign nations issuing these bonds can have reduced interest rates, which makes this cheaper as compared to the other deficit financing options.

In addition, unlike the conventional external debt, in times of severe economic hardship government can enter into memoranda of understanding with the diaspora investors to settle them in Ghana cedi – as most of them operate bank accounts and have businesses in Ghana. It is therefore likely that most of them will need local currency for their working capital and others for transfers to their families and loved ones. This can reduce the exchange rate volatility during maturity repayments.

The benefits of diaspora bonds are not only accrued to the issuer but investors too. Diaspora bonds are sovereign bonds, and as such members of the diaspora can assess government’s willingness to repay and its ability to repay the amount lent via diaspora bonds at maturity. For most developing economies, government cares about its reputation in order to take out loans in the future (Eaton & Gersowitz, 1981).

This implies a country that has closer links to the world will repay its debts with higher probability as it relies on perpetual lending, and as such reduces the risk of default for such bond holders. Also, despite the reduced interest rate on diaspora bonds compared to the interest rate on similar external bonds, they serve as attractive investment instruments which offer high returns to the diaspora investors due to the perpetually low interest rates in the developed overseas diaspora; and recently, amid this pandemic, negative yields.

The way in which the diaspora – as a possible source of external finance – is perceived by its home country government, crucially, depends on the impact it is expected to have. Most developing economies only hold the diaspora in high esteem when it is time for an election and exclude them during policy formulation and implementation. However, the home country’s government policies or governance are also assessed by diaspora citizens when making their investment decisions.

There is lack of access to viable data; and during the period of designing the bonds, the book runners – in particular those in developing countries – hardly have access to accurate data on all possible investors. This partly explains Ghana’s failure in its maiden partial diaspora bond issuance.

Also to be considered is the associated entry costs into the diaspora bond market – different charges and fees might be required; for example, to the commercial seller of the bonds (book runners) or for registration by Securities and Exchange Commission (SEC). Therefore, a threshold number of potential investors is required for the successful launch of a diaspora bond, which might take a while to gather; and this implies that at the time diaspora investors make their investment decision, the data for the home country’s supply decision is outdated.

The perpetual budget deficit, coupled with the challenges of accessing financing on the international capital market – especially during periods of crisis and economic uncertainties calls for the structuring of alternative financing instrument. It seems that the investment decision for the diaspora strongly depends on its closeness to the home country, on the good governance of the home country, on the alternative external financing (remittances) and on the rating of the home country – indicating the latter’s willingness and ability to repay the debt, which in all can be greatly influenced by the issuing economy. Diaspora bonds, if properly structured through dialogue with the investors and well-aligned to development goals, offer huge potential to raise the much-needed finance for development.

Daniel TAYLOR is a Chartered Accountant and financial market enthusiast with years of treasury experience in the banking sector. He holds certification from The Financial Markets Association (ACI) and Bachelor of Commerce Degree from University of Cape Coast. He is currently a final year Master student in International Audit, Economics and Finance at UCA in France

Mavis BOSSMAN is a keen enthusiast of developments and growth of the Emerging Markets Economies, and an astute banker whose area of expertise is in the global financial markets. She is a member of The Financial Markets Association (ACI) and holds a Bachelor of Commerce Degree from the University of Cape Coast. She is currently pursuing a post-graduate degree in International Audit, Economics and Finance at UCA in France.

Disclaimer: The views expressed in this article are exclusive to the authors and do not represent those of their respective institutions.