Home Features The RTI Law: A tool to combat corruption or otherwise? 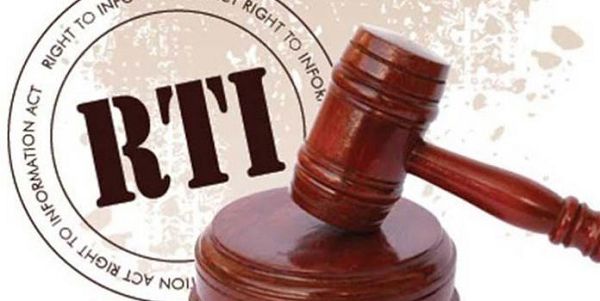 Over the years, journalists, civil society and anti-corruption advocates have campaigned for passage of the Right to Information (RTI) bill, and argued that nonexistence of the law prohibits people from knowing what is happening in public institutions – hence breeding corruption.

Even though the right to information is a basic right enshrined in the 1992 Constitution of Ghana, it took decades for the country to promulgate the RTI to provide a legal framework for implementation of the constitutional right to access information from public institutions.

After years of long, winding parliamentary processes, the bill was finally passed on March 26, 2019 and assented to by the President on May 21, 2019 – making it a statute under the 1992 Constitution.

Government-held information is described as a ‘national asset’ and must be made open and transparent. It is however subject to exemptions necessary to protect public interest in a democratic society.

Section five to seventeen of the RTI Act, 2019 (Act 989) is about information exempted from the Act, which includes information for the President, Vice President or Cabinet. Others are related to public safety, law enforcement, economic information of third parties, personal matters, parliamentary privilege, issues affecting international relations and security of the state.

According to the United Nations (UN) Principles on Freedom of Information, the refusal to disclose information should not be based on the aim of protecting government or public institutions from ‘embarrassment’ or exposure of wrongdoing, and, thus exemptions should be “narrowly drawn to avoid including material which does not harm the legitimate interest”.

Some of the exemptions raise questions as to whether certain information is being concealed to protect public safety or cover-up wrongdoings of public institutions or government, as they do not pass the ‘harm’ and/or ‘public interest’ tests required at the international level.

What if there is suspicion of foul play in the methodology used in an examination or recruitment process of employees?

Another question could be raised about how workers are recruited if there is suspicion of tribalism or nepotism in the public institution.

Should there be exposure of wrongdoing in the public institution, the recruitment process or integrity of the examination might be jeopardised – but is this not a matter of public interest?

Despite the use of public safety as an excuse to conceal a wealth of public information, the Act recognises the principle of utility as is stated in section 17 (1) – that, if the benefit of disclosing the information outweighs the harm that disclosure would cost and is of public interest, then the information is not exempted from disclosure.

But the numerous exemptions do not provide an enabling environment to assess public institutions, subject them to proper scrutiny and fight against corruption in the country; or foster accountability and transparency in governance and public affairs.

The exemptions are too many, and those that do not qualify from the harm and public interest test should be taken out.

Also, the general public should be educated on the Right to Information Act, to ensure that people understand the law and know how to utilise it.

Currently, the RTI Act remains dormant – since parliament has not approved the fees applicable to public information requests.

It has been a year since the RTI bill was passed, but its effective implementation has become something else.

The writer is a student, Ghana Institute of Journalism (GIJ)

The Minerals Commission will soon begin full implementation of its salt exploration master-plan, as members of the Ada Traditional Council have joined forces to...

As Emergency National Refuse Evacuation exercise starts The Northern Region Minister Salifu Saeed has given firm assurance that all aged refuse dump-sites in the...

The Minister of Works and Housing, Samuel Atta Akyea, has revealed that government is putting together a master-plan to reduce the nation’s housing deficit...

Editorial: Road carnage must be a thing of the past with...