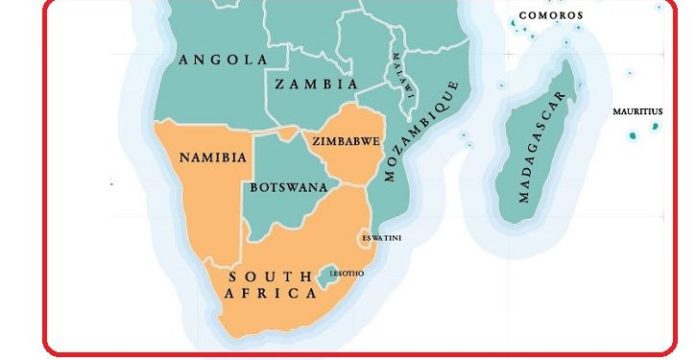 Southern Africa’s economic output will shrink by as much as 6.6% this year due to the impact of the coronavirus pandemic, the African Development Bank (AfDB) has said.

The bank’s best-case scenario sees output growth at -4.9% with a 6.6% contraction forecast under its worst-case scenario. That is against its forecast for Africa as a whole of -1.7% and -3.4% under each scenario.

The southern Africa region, which includes the continent’s most advanced economy, South Africa, second biggest oil-exporter Angola, as well as Botswana, Namibia, Zimbabwe, Zambia, and Malawi, was set to grow by 2.1% in 2020 before the coronavirus struck, based on the AfDB’s estimates.

When the pandemic was first detected in the region in March most countries enforced lockdowns varying in strictness.

Some of the restrictions have since been eased in recent weeks as governments looked to ease the impact on economic activity, but most continue to have limits on external travel.

“Reduced travel and limitations on cross-border openings are bound to have a telling effect on the Southern African region which accounts for over 45% of Africa’s travel and tourism industry,” the AfDB said in its outlook for the region.

South Africa, Botswana and Namibia, in particular, rely on wildlife and safari tourism with visitors from China, Europe and North America particularly attracted by the favourable exchange rate and warm climate in addition to the wide range of animals.

The African Union said this month African countries have lost almost $55 billion in travel and tourism revenues in three months due to the pandemic.

South Africa has recorded the highest numbers COVID-19 cases in Africa, with close to 450,000 infections and nearly 7,000 deaths, dwarfing recorded infections elsewhere on the continent.

The AfDB said there was also a risk from rising debt, which the bank said had been on an unsustainable path over the last decade, citing Zimbabwe along with Zambia and Mozambique as the countries most at risk of high debt distress.

Are some banks on liquidity life support?