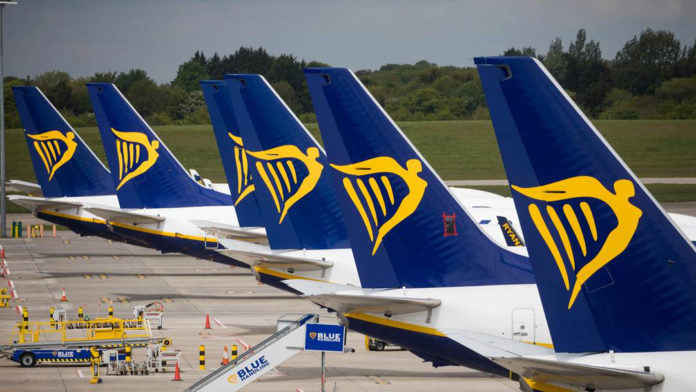 Global airlines cut their coronavirus recovery forecast last week Wednesday, saying it will take until 2024 – a year longer than previously expected – for passenger traffic to return to pre-crisis levels.

In an update on the pandemic’s crippling effect on air travel, the International Air Transport Association (IATA) cited slow coronavirus containment in the United States and developing countries, and a weaker outlook for corporate travel.

Lingering travel barriers and new restrictions in some markets are also weighing on nearer-term prospects, IATA said, cutting its 2020 passenger numbers forecast to a 55 percent decline – sharper than the 46 percent drop predicted in April.

“The second-half of this year will see a slower recovery than we’d hoped,” IATA Chief Economist Brian Pearce said. June passenger numbers were down 86.5 percent year-on-year, the organisation said, after a 91 percent contraction in May.

A surprise move by the United Kingdom, to quarantine arrivals from Spain, has created a lot of uncertainty, Pearce said. “That is clearly going to be an issue with the recovery.”

Recovery prospects are weakened by the spread of COVID-19 in the US and developing countries, together representing 40 percent of global air travel, IATA said.

International travel is unlikely to rebound significantly without a reasonably priced testing regime that is deemed acceptable by governments, said Association of Asia Pacific Airlines Director, General Subhas Menon. Depending on the country, tests can cost hundreds of dollars.

“We need advice from public health experts on how to go about that,” he told the Reuters news agency during an interview in Sydney on Wednesday. “If it is cheap enough, then maybe you can expect travellers to pay for it. At the moment, the cost is quite intimidating.”

Business travel may also face a sustained slump, threatening the profitability of long-haul airlines and routes as corporate clients rein-in spending and make greater use of video-conferences which have become the norm during lockdowns.

“It remains to be seen whether we see a recovery to pre-crisis business travel patterns,” Pearce said. “Our concern is that we won’t.”

The pandemic has taken a heavy toll on the aviation industry, with several carriers struggling to stay afloat.

Spirit Airlines, the seventh-largest US carrier, is preparing to inform unions on Friday that 20-30 percent of its workers may be furloughed in October, an internal memo shows, becoming the first low-cost US carrier to detail potential job cuts due to the pandemic.

Workers at risk of being furloughed include pilots and flight attendants, according to the memo seen by Reuters.

The company confirmed the memo was sent to employees on Tuesday, but said it has no further comment.

Spirit is among the US airlines that received a government bailout to keep workers employed through September as they suffer a sharp downturn in demand due to virus-related lockdowns and travel curbs. Now, many are warning of furloughs once the stimulus package expires, because demand has not yet recovered.

Feature: Future of Banking–The new normal banking ‘to do list’

Reliable power supply is key to any serious economy seeking to develop. It is widely regarded as a major determinant of economic prosperity for...

Attitude Lounge: Life has a Manual

“You can leave without a friend but never without a neighbour.” – African proverb Every product comes with some form of instructions on how to...